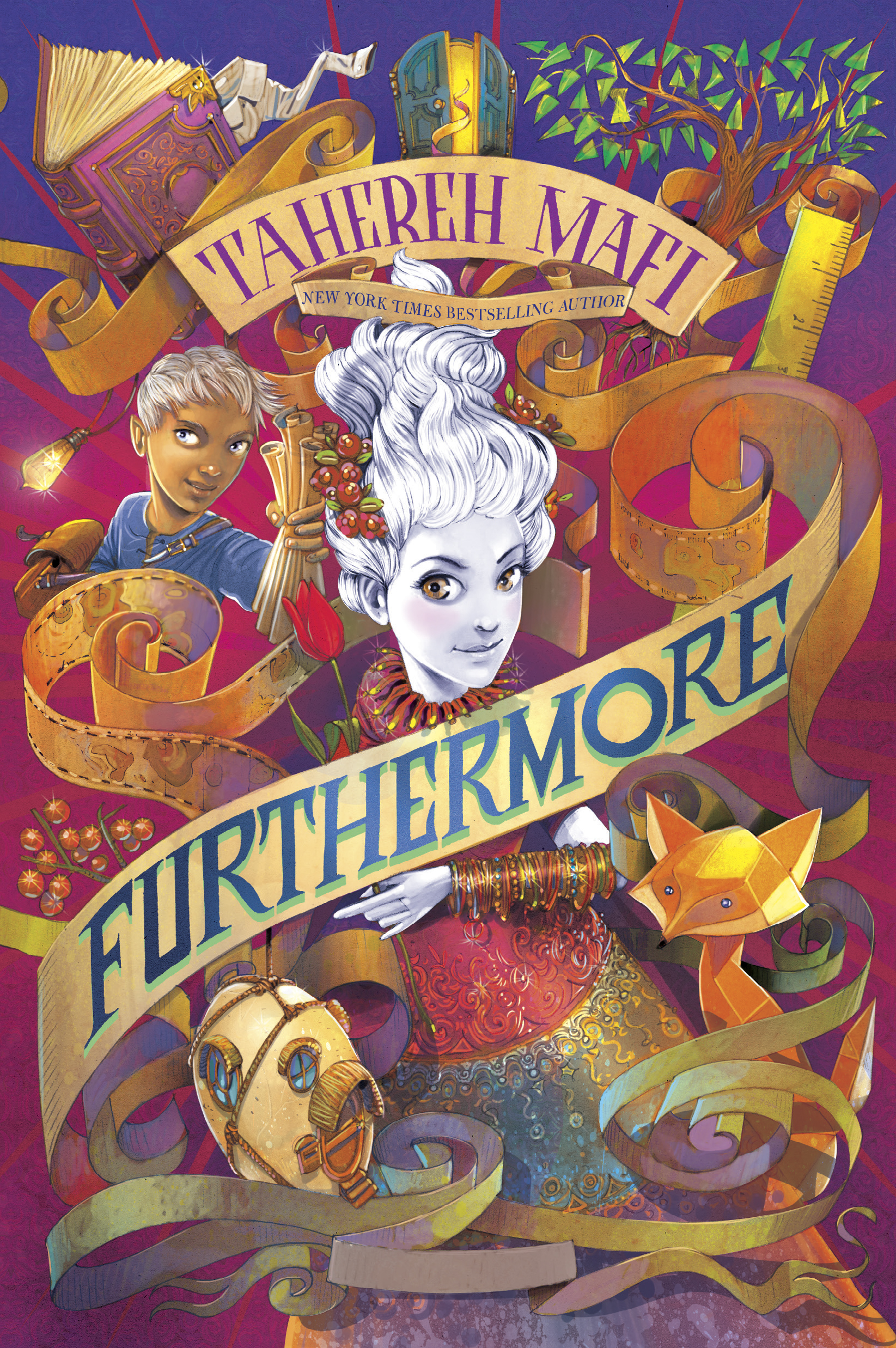 Once upon a time, a girl was born. It was rather uneventful.

“A place so full of enchanting beauty and topsy-turvy adventure, it even calls to mind Wonderland and Oz…. Friendship, family and self-acceptance. What makes this book truly sing is the lush world Mafi has created, brimming with color and magic.” —New York Times Book Review

“Tahereh Mafi is a maestro of words, and Furthermore the most magical painting that ever existed, bursting with color and heart and humanity. I wanted to stay inside this masterpiece forever.” – Marie Lu, New York Times bestselling author of the Legend and The Young Elites series

Inspired by her childhood love of books like A Secret Garden and The Chronicles of Narnia, bestselling author Tahereh Mafi takes readers beyond the limits of their imagination in a world where color is currency, adventure is inevitable, and friendship is found in the most unexpected places.

There are only three things that matter to twelve-year-old Alice Alexis Queensmeadow: Mother, who wouldn’t miss her; magic and color, which seem to elude her; and Father, who always loved her. The day Father disappears from Ferenwood he takes nothing but a ruler with him. But it’s been almost three years since then, and Alice is determined to find him. She loves her father even more than she loves adventure, and she’s about to embark on one to find the other.

But bringing Father home is no small matter. In order to find him she’ll have to travel through the mythical, dangerous land of Furthermore, where down can be up, paper is alive, and left can be both right and very, very wrong. Her only companion is a boy named Oliver whose own magical ability is based in lies and deceit—and with a liar by her side in a land where nothing is as it seems, it will take all of Alice’s wits (and every limb she’s got) to find Father and return home to Ferenwood in one piece. On her quest to find Father, Alice must first find herself—and hold fast to the magic of love in the face of loss.