AN EMOTION OF GREAT DELIGHT 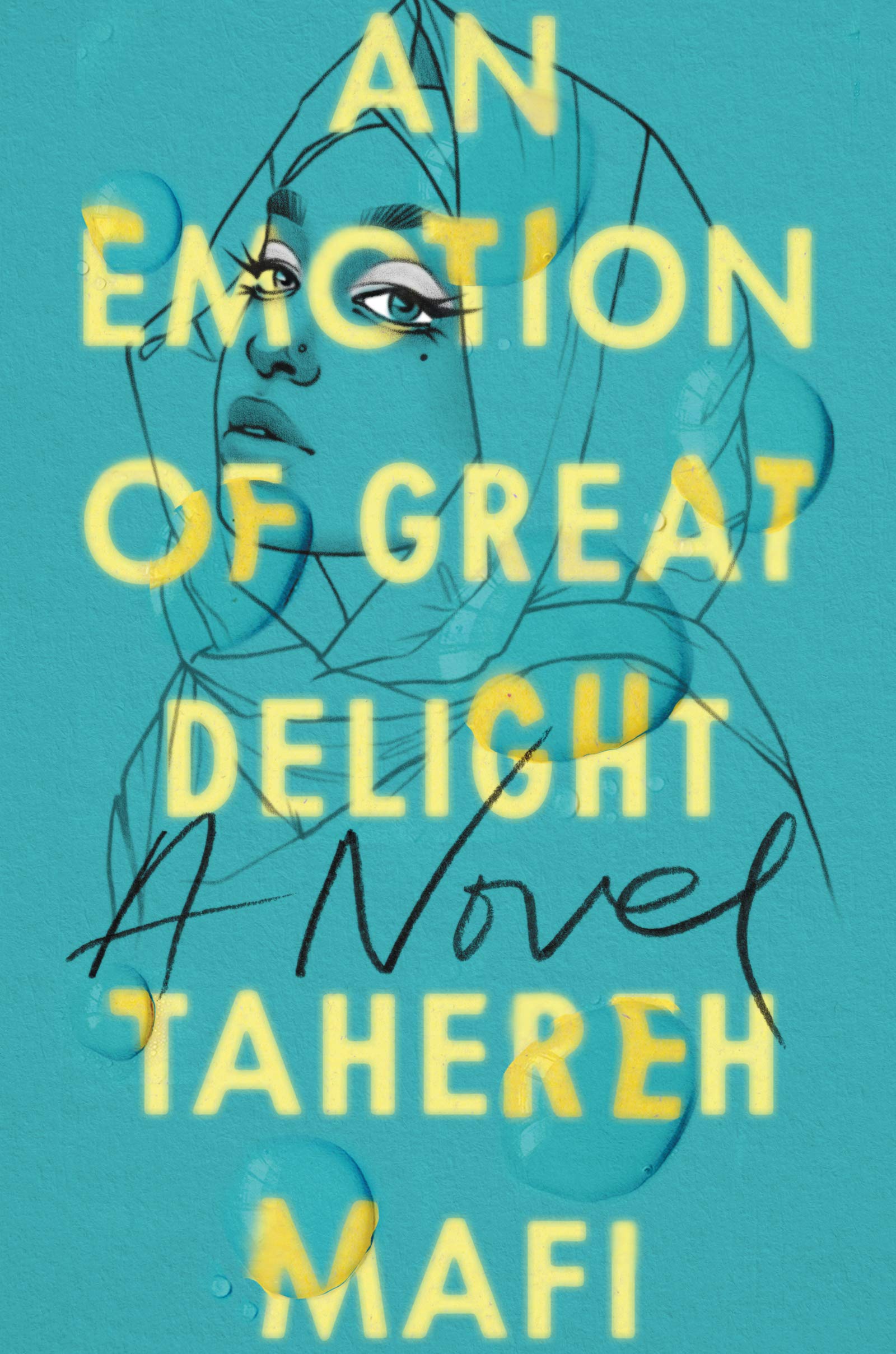 From bestselling and National Book Award–nominated author Tahereh Mafi comes a stunning novel about love and loneliness, navigating the hyphen of dual identity, and reclaiming your right to joy—even when you’re trapped in the amber of sorrow.

It’s 2003, several months since the US officially declared war on Iraq, and the American political world has evolved. Tensions are high, hate crimes are on the rise, FBI agents are infiltrating local mosques, and the Muslim community is harassed and targeted more than ever. Shadi, who wears hijab, keeps her head down.

She’s too busy drowning in her own troubles to find the time to deal with bigots.

Shadi is named for joy, but she’s haunted by sorrow. Her brother is dead, her father is dying, her mother is falling apart, and her best friend has mysteriously dropped out of her life. And then, of course, there’s the small matter of her heart—

Shadi tries to navigate her crumbling world by soldiering through, saying nothing. She devours her own pain, each day retreating farther and farther inside herself until finally, one day, everything changes.

An Emotion of Great Delight is a searing look into the world of a single Muslim family in the wake of 9/11. It’s about a child of immigrants forging a blurry identity, falling in love, and finding hope—in the midst of a modern war.

“Gorgeous and poetic, Mafi is unflinching in her rendering of pain and brutal truths, but also succeeds in weaving a tale that is brimming with heart and honest hope. This is a book I wish I’d had when I was fourteen. I’m so glad young readers will have it now. A truly special story.” — Jasmine Warga, New York Times bestselling and Newbery Honor-winning author of Other Words for Home

“Tahereh Mafi has written a timely, compelling novel about love and family and the remarkably complex nature of religion and faith. An Emotion of Great Delight is as profound as it is beautiful.” — Matt de la Peña, New York Times and Newbery Medal winning author of The Last Stop on Market Street

“Mafi follows her National Book Award–longlisted A Very Large Expanse of Sea (2018) with another contemporary young adult novel of striking emotional intensity. Complex and introspective Shadi details her experiences with the specific challenges of Islamaphobia and with more general issues. With masterfully compelling prose, this surprises and ensnares, leading readers to an inevitable but gripping climax. Though there’s a feverous feeling throughout the book, there’s also formidable nuance in Shadi’s paradoxical and contradictory thought patterns. Emotional implications of great magnitude and stakes that could not feel higher. A bluntly powerful read that shouldn’t be missed.” — Booklist (starred review)

“Mafi confronts issues of mental health, suicidality, racism, and self-love in ways that will leave readers reacting viscerally and powerfully. Reading this novel is like being dropped straight into the everyday lives of a Muslim family in post–9/11 America. A simply real story, devoid of clichés, that will leave an indelible mark.” — Kirkus Reviews (starred review)

“Mafi’s prose is compelling and unsentimental, giving voice to the universal angst common among teenagers. She handles the timely issues of race and discrimination with skill, highlighting the inaccuracies so often ascribed to individuals of the Muslim faith. Her well-developed characters jump off the page, especially during romantic moments. An emotional, important look at an American Muslim teen’s experience.”
— School Library Journal (starred review)

Previous Book
Back To All Books